A deep sadness permeated my fifties as the reality of aging slowly took shape and long held dreams of “one day” had to be let go of. Only then did I realize how those dreams kept me stuck day after day, year after year, in seasons of robotic living—always hoping for a better future around the corner. But living in the future wasn’t living at all…it was merely existing. I’d become numb to the world around me.

Tears streamed down my face one day as I drove through town listening to a new song, “The Motions”, on the radio. Matthew West was singing my life:

But I know that I’ve gotta make a change

I don’t care if I break

At least I’ll be feeling something

‘Cause just okay is not enough

Help me fight through the nothingness of life

I don’t wanna go through the motions

Without Your all consuming passion inside of me

What if I had given everything

Instead of going through the motions?

The simple lyrics rocked my interior world. How long had I just been going through the motions?

Screw the future, I wanted to live NOW.

I looked around and realized how young I still was. There were all kinds of things I could still do and experience. Sure I had to let go of sky diving one day, but I was healthy, I had a husband that still loved me, a comfortable home, a beautiful daughter making it on her own, and a flexible job that allowed me to take time off when I wanted to.

All of a sudden life took on new meaning.

Growing older became the impetus for taking chances and exploring new forms of creativity. It’s now or never—what did I have to lose? Of course, old fears and resistance reared their ugly heads as I opened up creatively, made new friends, and expressed myself in new ways. But facing those fears made me realize they were simply unexpressed uncomfortable emotions that went away once they were acknowledged.

When I close my eyes for the last time I hope there’ll be a smile on my face. The kind of smile that says “I am content—I lived life to the fullest—I did the best I could with what I was given—fear didn’t stop me—I gave it my all.” 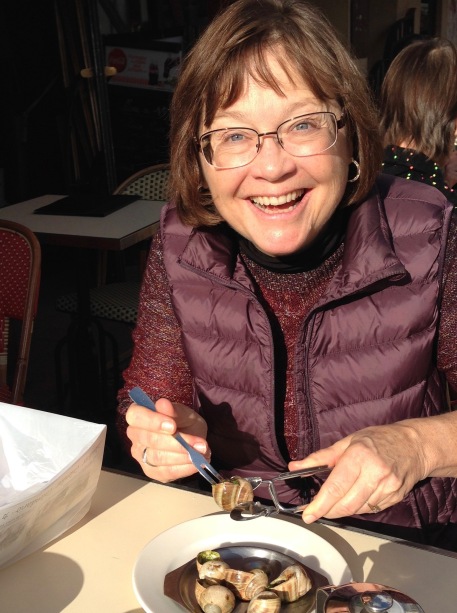 4 thoughts on “No Regrets”