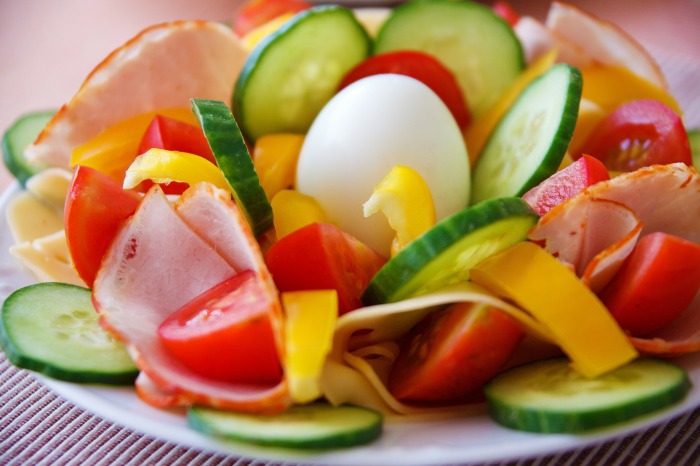 There’s a new way of eating taking the health-conscious world by storm. These erstwhile proponents of mostly whole food plant based diets now include a little protein. They are called “Flexitarians” or flexible vegetarians. According to Webster’s Dictionary (2012), a Flexitarian is a person “whose normally meatless diet occasionally includes meat or fish.”

Eureka! Count me in. Having bravely trekked through every fad diet on the planet in an effort to control Diabetes without drugs, I’ve finally found one I can really get behind.

I was on insulin for ten years before I embraced a very strict raw food/vegan diet in an effort to free myself from the injections. Goodbye insulin, hello good health. The diet initially worked, but after a while I found I had little to no energy and couldn’t sustain it while working full time. I felt better immediately with the addition of a little protein. I’m happy to report after seven years I’m still insulin free and my Diabetes is under control.

I often joked that if I were to write a cookbook I’d call it “Mostly Vegan”—because it’s become the best way of eating for energy and optimum health that I’ve found. I was a Flexitarian before I knew what it meant!

The woman who coined the phrase in 2008 was Dawn Jackson Blatner. She wrote a book called “The Flexitarian Diet: The Mostly Vegetarian Way to Lose Weight, Be Healthier, Prevent Diseases and Add Years to Your Life. Her recipes include occasional bits of dairy and eggs.

Blatner says, “It’s not about slashing meat consumption as much as it is about prioritizing veggie rich dishes. Grains, nuts, dairy, eggs, beans and produce have a place in the diet, but processed foods and sweets should be avoided.” (Sorry, you chocolate hounds!)

The benefits of eating this way include all the plus sides to being a strict vegetarian, with the easier social graces of being able to eat what’s on the menu in most restaurants, and at dinner receptions.

A Time magazine article about extending the length of our lives recently cited the following:

“A 2015 study of 450,000 European adults found those who ate a diet that was 70% plant-based—fruits, vegetables, nuts, whole grains and beans—had a 20% lower risk of dying of cardiovascular disease than other people. A Harvard University study found that people who ate eight or more servings of fruits and vegetables a day were 30% less likely to have a heart attack or stroke than people who ate less from the plant group.”

Popeye was right! Eat your spinach. Be a vegetarian MOST of the time. Then enjoy the occasional burger and fries with your friends.

Your body will thank you!

One thought on “Vegetarian, as in Flexible”